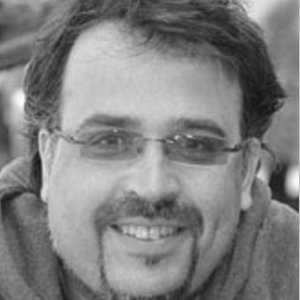 Ignacio (Iñaki) Olabarrieta (BSc98, MSc02 PhD04) was born in Bilbao, Spain, in 1975. He received the Licenciado (B.Sc.) degree in Science (Physics) from the University of Basque Country (EHU-UPV), Leioa, Spain, in 1998, and the M.Sc. and Ph.D. degrees in physics from the University of British Columbia (UBC) Vancouver, BC, Canada, in 2002 and 2004, respectively. In 2004, he joined the Hearne Institute for theoretical physics in the Louisiana State University (LSU), Baton Rouge, LA, USA as a postdoc researcher in the field of numerical relativity and computational physics in general. In 2007 he joined Tecnalia where he is Senior Researcher. His research in Tecnalia has been focus on applying machine learning and big data techniques for analyzing, predicting and understanding road traffic and mobility data in general. He has written multiple scientific papers, developed several patents and participated in international conferences. Ignacio has lectured in several universities including, UMA, UBC, UT Austin. In 2006 Ignacio was distinguished with the “Talento de Bizkaia” award.