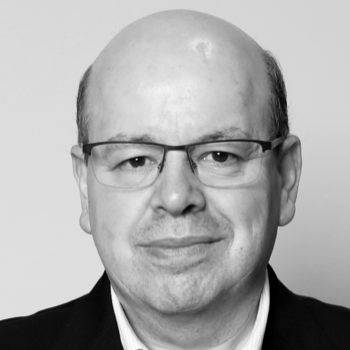 Francisco Herrera (SM'15) received his M.Sc. in Mathematics in 1988 and Ph.D. in Mathematics in 1991, both from the University of Granada, Spain. He is currently a Professor in the Department of Computer Science and Artificial Intelligence at the University of Granada and Director of DaSCI Institute (Andalusian Research Institute in Data Science and Computational Intelligence).

He has been the supervisor of 44 Ph.D. students. He has published more than 400 journal papers, receiving more than 66000 citations (Scholar Google, H-index 132). He is co-author of the books "Genetic Fuzzy Systems" (World Scientific, 2001) and "Data Preprocessing in Data Mining" (Springer, 2015), "The 2-tuple Linguistic Model. Computing with Words in Decision Making" (Springer, 2015), "Multilabel Classification. Problem analysis, metrics and techniques" (Springer, 2016), “Multiple Instance Learning. Foundations and Algorithms" (Springer, 2016) and “Learning from Imbalanced Data Sets” (Springer, 2018).

He currently acts as Editor in Chief of the international journals "Information Fusion" (Elsevier) and “Progress in Artificial Intelligence (Springer). He acts as editorial member of a dozen of journals.

His current research interests include among others, Computational Intelligence (including fuzzy modeling, computing with words, evolutionary algorithms and deep learning), information fusion and decision making, and data science (including data preprocessing, prediction and big data).